Consider the 7,000: Encouragement to Christians Laboring in Obscurity

Do you feel like you're being overlooked? That your God-given gifts are being wasted? When you envisioned your future, did you think that you might be more successful by now? I think most of us have been there. If that's you, I have some encouragement for you, though it may not be what you expect. A while back I discovered an extremely gifted Christian musician whose giftedness and artistic excellence far extended his reach/ success/ platform (I hate that word now)/ whatever you want to call it. Sensing that he may be discouraged, I sent him a note. I've included an edited version of it here to protect his identity. Though it's written specifically to a musician, I think it applies in other realms as well. I pray that this is an encouragement to you, Christian, as you seek to honor the Lord with your gifts.

I've been listening to {your album} for the past week or so and really enjoying it. It's a fantastic project. There are many things I could talk about on a purely musical level. I really think you are one of the best out there at what you do. It's so God-glorifying! As I've listened, there are a couple of themes that stood out to me- the struggle of believers in this world, hope in God through the tough times, the Lord's faithfulness and our eternal reward. I was talking to my wife about it. That convo got me thinking about some things and I felt led to hit you up.

I can imagine that you might be in a difficult position. You're obviously gifted. I'm sure people around you for years have been encouraging you in your giftedness. It may be easy to wonder why you're not experiencing as much success as you could be. I actually get mad for you! I'm like, "Man! {this artist} is better than a lot of dudes out there and he's doin' it for the Lord. Why doesn't he get the same notoriety as so and so?" When I listen to {particular songs} it makes me think that it ain't just a song. You're talking from experience and probably trying to encourage yourself as well when you sing about God's promises to provide. I can relate on all fronts. I have two things to encourage you with- one from nature and another from Scripture.

First, from nature. Have you ever considered that, as big as the universe is, it means that the vast majority of things that God has made, no human eye will ever see? Think of the millions of solar systems and galaxies outside of our own. Heaven and earth will pass away and those things will only be known to God. And yet He made them. And He is glorified in making them. "The heavens declare the glory of God" (Psalm 19:1). Even on this earth, there are many living creatures that are known only to God Himself. So the glory is not in humans being aware of them or noticing their beauty, but the fact that God takes notice and made them for His good pleasure.

We know that exaltation doesn't come from the east or west, but from the Lord (Ps. 75:6). For whatever reason, the Lord has determined to have you where you are despite your giftedness. Or it may be because of your giftedness. Perhaps the Lord is preserving you from something that might harm you should your "platform" be bigger. I'm not sure. The Lord knows. My point is that it's not accidental where you are. Our God is mindful of you. I know you're aware of this, but I say these things as a reminder in case you're tempted towards discouragement with what looks like a lack of success in the eyes of this world.

My second encouragement is from Scripture. I'm sure you're familiar with the story of Elijah in 1 Kings 19. He's on the run from Jezebel after the showdown with the prophets of Baal in 1 Kings 18. In Romans 11:3-4, Paul recounts this story, where Elijah says:

“Lord, they have killed your prophets, they have demolished your altars, and I alone am left, and they seek my life.” But what is God's reply to him? “I have kept for myself seven thousand men who have not bowed the knee to Baal.”

Often, this story is told as an encouragement to Christians or ministers who may feel lonely or attacked. We tend to identify with Elijah. But I would want to encourage you to consider the 7,000. I see three things about them here:

1. They were unknown to Elijah ("I alone am left"). Those 7,000 didn't have big, well known ministries. They didn't have mad Twitter followers. They didn't win any Grammy's (or Stellars lol). The big-time prophet of the day had no idea they existed. They weren't featured on Elijah's mixtape. But the important thing wasn't whether or not Elijah knew them. God knew them.

2. They were chosen and preserved by God ("I have kept for myself"). Just like the distant galaxies, the 7,000 were specially selected to have heaven itself as their primary audience. It was God's decision to both save them and keep them. And "for myself" is another way of God saying "for my glory". So in a way we may not fully understand, the 7,000 glorified God more in their obscurity than they would have had they "blown up". Surely God's ways aren't our ways!

3. They were faithful ("have not bowed the knee to Baal"). This is huge because most people in Israel, including the kings, were being given over to Baal worship. To not worship Baal was to be in the minority, even among those who claimed Yahweh as their God. Crazy. And yet, the 7,000 were faithful. Perhaps they got mocked because they were singing songs to the God of Israel instead of Baal. They didn't care. They remained faithful. Maybe you could have made more money as a songwriter back then if you just took out the offensive Yahweh stuff and just added some things that Baal worshippers would appreciate. They didn't care. They remained faithful. You get the point.

I apologize for such a long email. I'll bring it to a close. Brother, remain faithful! Continue to do what you do for God's glory. I'm sure there are people being encouraged by your music that you won't meet until the Resurrection. Let faithfulness to the Lord be your measure of your success. By all means, continue to work hard at your craft and strive for excellence in both the creation and marketing of your music. But in all that, remain faithful to the Lord. He has preserved you for that purpose.


"Therefore, my beloved brothers, be steadfast, immovable, always abounding in the work of the Lord, knowing that in the Lord your labor is not in vain." (1 Corinthians 15:58)
grace and peace,
shai
Posted by shai at 4:10 PM 2 comments:

Yes, it's been almost four years. Where to begin with all that's happened in that time? 2 more albums released. Controversy. A debate about Christian Hip-hop with a fundamentalist. Pastoral ministry in Alexandria, Virginia. A church plant in Philly. 2 more children, bringing our total to 3.

Originally, my plan was to bring this blog into another platform and continue it. For different reasons that didn't work out. A little while back, a friend commented that he missed this blog. I thought to myself, yeah, I miss it, too. So here we are again. I have no idea how much I'll blog. It wasn't very frequent when I was active. And my responsibilities are greater now, as a husband and father of 3 and a pastor, in addition to music and other things I have my hand in. And I still don't love blogger, so that may still be subject to change. I still need to update my sidebar. All I know is that I haven't run out of things to say. And 140 characters is not quite enough.

Anybody still around from "back in the day"? 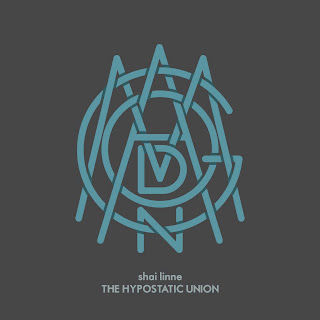 On the West Coast This Week

For all those on the West Coast, I'm on the Beast Mode Tour, which kicked off last night in Riverside, Ca. Here are the rest of the dates and cities for this week.

Hope to see y'all this week! 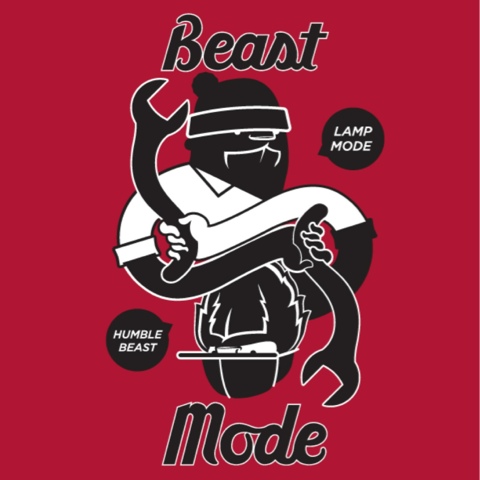 It's been a while since I've updated this blog, so I wanted to drop a quick line to those of you who are still checking for it . The last 5 months have been filled with a combination of:

1. Caring for and enjoying my wife Blair and our now 7-month old son Sage. 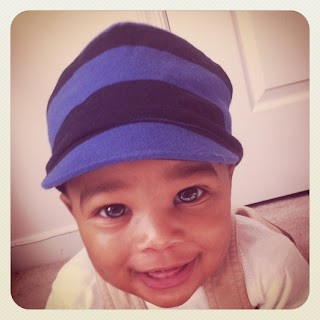 The Lord has definitely been showing me a lot through fatherhood. His love and care for His children is more clear now than it's ever been. It also has made me more and more grateful that God's disposition towards me is not based on my performance, but on what Christ accomplished at Calvary on my behalf. That's good news for a husband and father like me who daily finds something new to repent of! 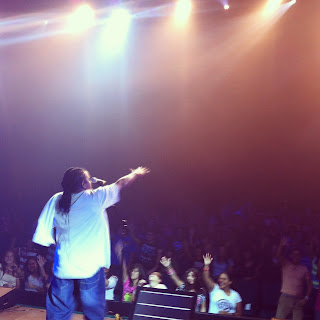 It's been a blessing to meet some of you out there on the road. Thank you for all your support and encouragement. The world of Christian music is a strange one indeed and your timely words of encouragement and appreciation go a long way and help me to keep going.

3. Serving at my local church.

Blair and I lead a community group and I've been serving on the sound team, along with having a few opportunities to preach. I'm intentional about not missing many Sundays and really trying to be involved in the life of our local church. This helps to keep me grounded in real life rather than the fantasy world of concerts with hundreds of admirers. Whenever an artist finds that he or she has more interaction with people who are "fans" than with true friends, that is a recipe for pride, which means destruction can't be too far down the road (Proverbs 16:18). That is a terrifying thought to me. Sacrificing some time on the road in order to truly be plugged in at your church is one practical way to guard against this.

4. Having a new home studio installed

This should enable me to record my vocals more easily now. (Prior to this, recording meant traveling to Lamp Mode's studios which are a 3 hour ride to Philly from DC.) My hope is that this will help put new music into your hands more quickly than before.

I have a few things in the works that I look forward to sharing with you when the time is right, which should be soon, Lord willing. If you remember, please pray that God would do for me what He did for Bezalel in Exodus 31:3. I would really appreciate that!

Lamp Mode, the label I record with, is currently working through some minor internal re-structuring. They'll give more info about this soon, but what it means for me and you is that I will soon be focusing my online interaction in one concentrated place (a new website maybe?), which will be where you can go if you want info about what I'm doing. I do plan to continue blogging with much more consistency in updates, but it may not be with here with blogspot. I may merge this into another location, once and for all. Either way, I'll keep you posted about what I'm doing. In the meantime, the best way to stay plugged in with what's going on with me is to follow me on Twitter, where I post regularly, if not daily.

Thanks for your prayers. I appreciate y'all more than you know and I'm looking forward to what the Lord has in store for this next leg of the journey!

Lyrics for Attributes of God

Lyrics for The Atonement

Lyrics for The Solus Christus Project

Books I Keep in Heavy Rotation